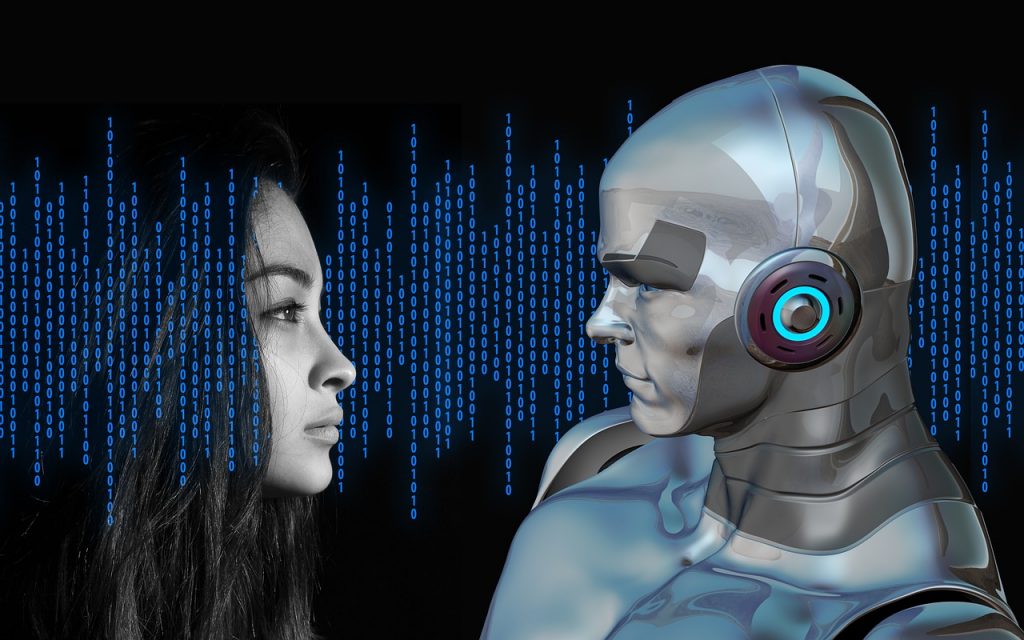 In the first edition of tje movie Terminator from 1984, we were afraid of him. In further sequels, this robot with artificial intelligence became an irreplaceable protector and helper of people – Sarah and her son Connor. Today, intelligent robots are no longer just a fiction or a distant future. They are becoming a reality and SEITEQ is there to help.

The development of collaborative robots and robots with artificial intelligence quite naturally raises concerns. These are ethical and legal issues, concerns about people’s safety and, last but not least, concerns about the growth of unemployment due to the replacement of human labor by robots. According to the OECD, Slovakia is one of the most vulnerable countries in terms of readiness for these changes. On one hand, it is certainly a threat that the state has to deal with, on the other hand, it is an opportunity for companies to solve current problems with recruiting quality workers.

It used to seem like complete science fiction to hire a robot instead of a human. Today it is a reality and the offer is developing dynamically. Since last year, SEITEQ has been cooperating with a company that operates collaborative robots. Thanks to this cooperation and the acquired experience, it will soon be possible to “recruit” an intelligent robot to the company instead of a human operator. Its indisputable advantages, in addition to higher performance, reliability and adaptability to a wide range of activities, will mean that the personnel department will no longer have to deal with the entire agenda of caring for the development of human personality, consulting and other tasks.

Just as the Terminator from the first part of the sci-fi film series has changed from a feared monster to a protector in subsequent sequels, so too are fears about AI robots turned into opportunities. It is expected that in a few decades, intelligent robots will be our good helpers, and we will not even be able to imagine the world without them.